Archive of Digital Applications in Musicology

The aim of ADAM is to preserve information about projects in digital musicology that were ground-breaking in their time but lack a substantial online presence. Projects end for a variety of reasons: discontinuation of funding, insurmountable changes of technology, or the retirement of a director. These projects remain stand-outs for the careful musical thinking that underlies them and the innovative approaches they introduced. For curated digital and hybrid editions, see EVE: Electronic and Virtual Editions. Also see Digital Resources for Musicology.

DARMS, the Digital Alternative Representation of Musical Scores, was the result of a pronounced effort to develop a straightforward, inexpensive way to encode musical scores. It's chief protagonists were Stefan Bauer-Mengelberg (code) and Raymond Erickson (documentation and experimentation). Through its summer seminars it stimulated much important thought as to how computers could be used to produce more scores at less cost than ever before. A number of analytical projects, conducted mainly at Yale, explored its uses in investigation music from the Ars Nova to the twentieth century.

Although no new projects are adopting DARMS, one long-in-progress inventory--Printed Sacred Music, which covers a large number of prints from the sixteenth and seventeenth centuries (particularly from Venetian presses), offers access to more than 25,000 titles and 20,000 musical incipits encoded in DARMS.

Fastcode was developed at Princeton University in the mid-1970s by Tom Hall. It was designed particularly with mensural notation in mind. Hall's versatility in developing programs during the mainframe era to meet a wide range of special needs stands as a monument to ingenuity in an era of means we now view as limiting.

Princeton's Intermediate Musical Language - Music Information Retrieval system, developed between the late 1960s and c. 1975, was intended to facilitate the transcription and analysis such repertories as Renaissance polyphony and Lutheran choral music. (The Bach scholar Arthur Mendel was involved in some of the earliest efforts to analyze Bach's choral harmonizations by computer.) A number of later noted musicologists (and software experts) were extensively involved as graduate students at Princeton University with this work.

Jerome Wenker's Mustran (Music Translator) system was created in conjunction with his doctoral dissertation in computer science (1978) at Indiana University. Like other systems of its time its focus was on producing musical script from a typewriter-model keyboard using only low-order ASCII characters. Initially experimentation was limited to monophonic music, but more sophisticated efforts evolved rapidly at Indiana University, where much other music-related experimentation thrived in the 1970s and 1980s. The most succinct surviving documentation is found in a short undated overview by Rosalee Nerheim.

Don Byrd's doctoral thesis Music Notation by Computer (Indiana University, 1984) enjoys Biblical status as a compendium of early music transcription systems. it provides great insight into the relations between different systems. Byrd's own System for Music Transcription (SMUT) was a robust one in the 1980s and spawned the desktop notation program Nightingale a decade later.

The Teletau system was conceived within a multifaceted research project in telematics at the Centro Nucleare Universitario di Calcolo Elettronico (CNUCE) in Pisa, Italy. The center was founded in 1965 and operated under the auspices of the Italian Research Council (CNR in Italy). Pietro Grossi, a cellist and scientist, started the musical informatics program in the same year. The TAU-TAUMUS system was a collection of hardware that facilitated the storage, playback, and manipulation of musical scores. The Teletau manual 1.0 (1986) by Pietro Grossi has kindly been made available by Lelio Camilleri, who joined the project as a student. Camilleri has been professor of composition at the G. B. Martini Conservatory of Music in Bologna, where he heads a program in digital music, since 1999.

The ZIPI Music Parameter Description Language (MPDL), v. 1.0, developed by Zeta Music systems (until 2011 a supplier of electric violins, cellos, and bass guitars in Oakland, CA) and personnel of CNMAT (UC Berkeley) in the 1990s, was a proposed successor to MIDI, which proved to be a crippled tool in many electronic-music situations. Keith McMillen, David Wessel, and Matthew Wright were its developers. It addressed such issues as brightness, articulation, and the inability of MIDI to treat series of notes as a group. MPDL was the first tier of an conjectured system in which other capabilities could be added. Like MIDI, ZIPI was a message-based system, as it was intended to work exclusively in interactive contexts. Unlike MIDI (an 8-bit system), it was a 16-bit system. Thus it could accommodate a much larger palette of virtual instruments and timbres. It could also provide support for more finite semitones than MIDI's equal-tempered half step. MIDI note numbers were embedded in a ZIPI byte. ZIPI also supported input from string (bowed or plucked) and wind instruments, so that those wishing to "record" their works were not limited to an electronic keyboard. Its network protocols would have enabled more than 200 devices (connected peer-to-peer) to collaborate. An early version of its manual is available ZIPI here. 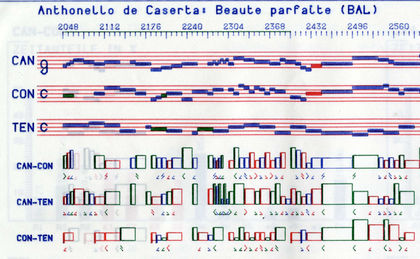 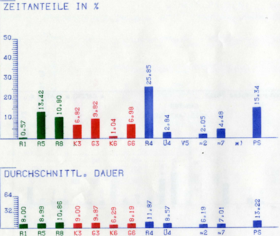 The recent history of the Werner Icking Music Archive. Icking and several colleagues developed a music-printing capability that was modeled on the TeX metafont and typesetting system. He built an online capability for users to share scores they had edited and typeset themselves. In many cases this included full sets of parts. Some editions were arrangements. MusiTeX (and related dialects) were often traded within the community, but some of the contributions predated the widespread use of the internet. After Icking's death (2001), his archive was administered by a contributor, Christian Mondrup. In 2011-12 it was amalgamated with the IMSLP aggregation. Icking offered an important prototype for current score-interchange sites.

Return to Digital Resources in Musicology