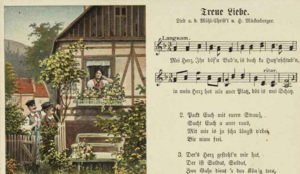 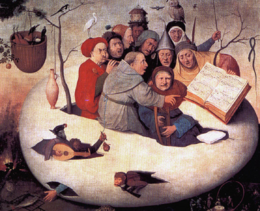 Follower of Hieronymous Bosch: Concert in the Egg, c, 1561, as shown in Early Music Sources. 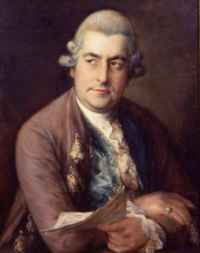 The New York Public LIbrary hosts Princeton University's aggregated Index of Christian Art, which contained more than 120,000 images from public and private collections in the English-speaking world plus additional indices, Roughly 100,000 are available to the public via fee-based institutional subscriptions. Holdings come from early centuries of Christianity to 1550. 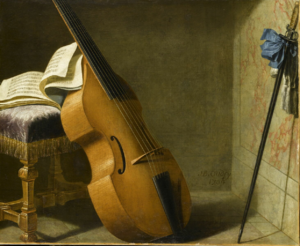 In response to user interest in its website during lockdown, the Louvre Museum has made available almost 500,000 images (paintings, objects, literature, and several other categories of material). Categories containing items of musical interest include paintings of instruments, surviving parts of instruments (bridges, bows, etc.),

The Bernstein Consortium offers a portal currently displaying 220,000 watermarks. Complementing the EU Memory of Paper project, it offers links to dozens of other websites with information and images of watermarks used from the middle ages onward. Relationships to music manuscripts are usually determined by the user,

Website: Watermarks in Incuabula printed in the Low Countries (WILC)