Difference between revisions of "Humdrum lab 8"

Chorck is a Humdrum Extras tool for checking the part-writing syntax of chorales. documentation for the chork tool

Eight syntax rules are checked by the program, as defined in the music-theory textbook: . Tonal Harmony with an Introduction to Twentieth-Century Music by Stefan Kostka and Dorthy Payne:

cint is a tool that extract counterpoint modules from polyphonic music.

The three-interval counterpoint module for stepwise rising parallel thirds is "3 2 3". this can be done as a filter in VHV: 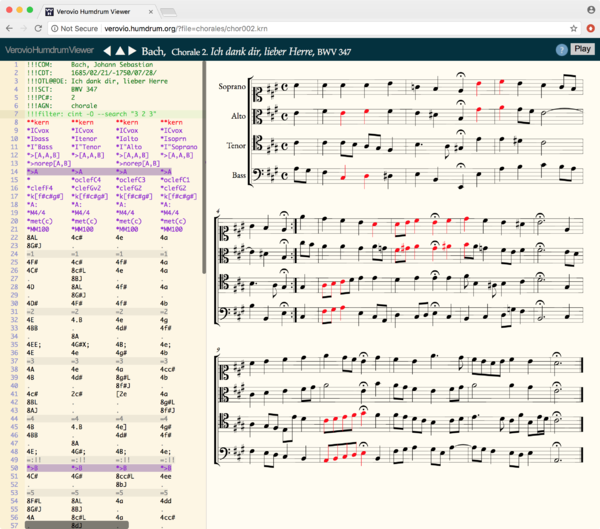