From an edition of Giovanni Rovetta's madrigal "La giovane bellissima Adriana" (1640) in the ASCIMA repository. 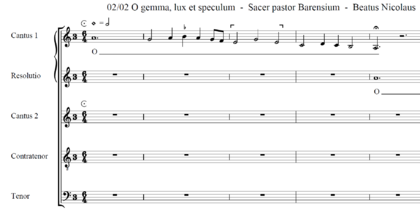 Alejandro Planchart's critical edition of all the works of Guillaume Du Fay is subdivided into eleven sections by musical/liturgical genre. The first three sections are currently available at the above link. All works are available in PDFs containing the edited music. 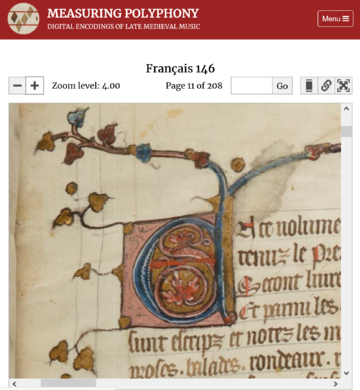 NEUMA is a digital library of music scores encoded in MusicXML and MEI. Its objectives are to provide online access to rare corpora and to demonstrate, with interactive search and analytic tools, how music notation can support advanced functionalities in the exploraton of digital scores.