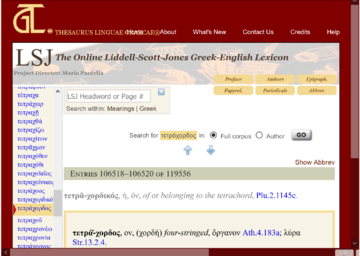 Entry for the word tetrachordikos ("of or belonging to the tetrachord") according to the searchable Liddell-Scott-Jones Greek Lexicon on the website of the Thesaurus Linguae Graecae.