From CCARH Wiki
Revision as of 18:28, 11 February 2013 by Craig (talk | contribs) (Created page with " Here are some more short musical samples you must do as an exercise to become familiar with SCORE's parameters. These exercises focus on editing object parameters after the ...")
(diff) ← Older revision | Latest revision (diff) | Newer revision → (diff)
Jump to navigation Jump to search

Here are some more short musical samples you must do as an exercise to become familiar with SCORE's parameters. These exercises focus on editing object parameters after the basic musical structure has been input into the SCORE editor in the user input mode.

Input and do edit adjustments on the following 10 examples. You should refer to the SCORE Reference Manual and the SCORE parameter table. Also, you can get brief explanations of each parameter for an item when editing it by pressing the F1 function key in the SCORE program. Brief visual summaries of the parameters are available online for the more complicated item types: notes (P1=1) and slurs (P1=5).

Liber usualis. There are several was to typeset this example in SCORE. A simple method would be to change the notehead shape to the visual display below for each neume. The JT command can be used to space the text correctly after notes and text have been entered.

Another one of Pachelbel's other works. 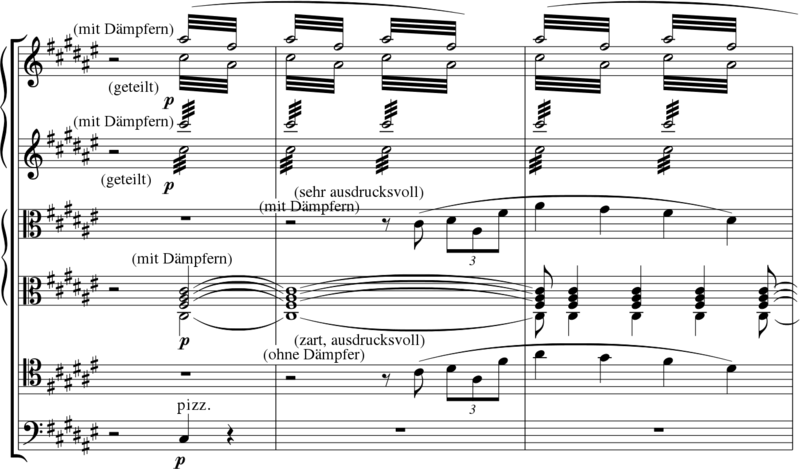