The music of Arcangelo Corelli (1653-1713) exerted an qualitative influence on the development of string music that far exceeded its quantitative parameters. In only six volumes of works Corelli set forth models of two kinds of trio sonata, two kinds of solo sonatas, and two kinds of concerti grossi. The two kinds were works cast in either (1) the slow-fast-slow-fast pattern of movements long associated with sonatas used within the Catholic liturgy, or (2) the allemande-corrente-sarabande-gigue pattern popular in instrumental suites associated with secular occasions, especially balli to celebrate weddings, investitures, and the rites of passage. These types became known respectively as "church" (da chiesa and "chamber" da camera sonatas or concertos.

Born in Fusignano, Corelli developed exceptional skills and in impeccable sense of current taste in his early years. His foundation as a musician was formed primarily in Bologna. He appeared in Rome before the end of the 1670s, but his whereabouts over the next few years are hazy and much disputed. Claims that he visited Paris and the courts of Hanover and Munich cannot be substantiated. The dedicatees of his printed works form a clear guide to his most ardent patrons. Rome, with its wide assortment of churches, cardinals' palaces, and unusual cultural enclaves, such as the court-in-exile of Christina of Sweden, offered much to keep a violinist of Corelli's caliber musically engaged. His popularity in the eighteenth century (much of it posthumous) was immense. Printed copies of his works are now widely spread throughout Europe, North America, and East Asia. 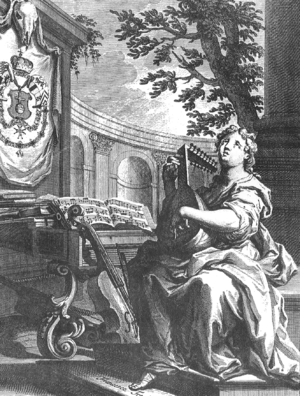