As a ruby program (semi-colons at ends of statements are also optional): 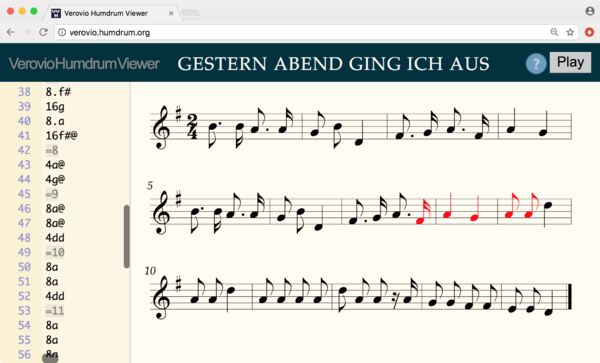 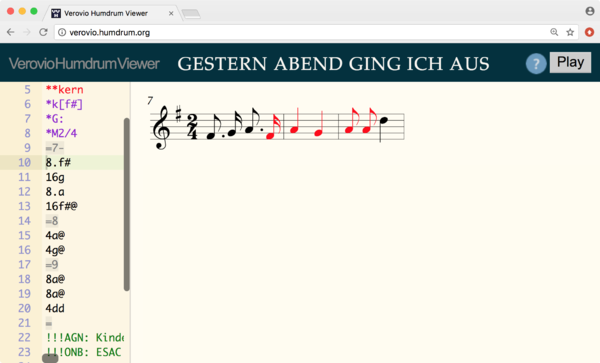 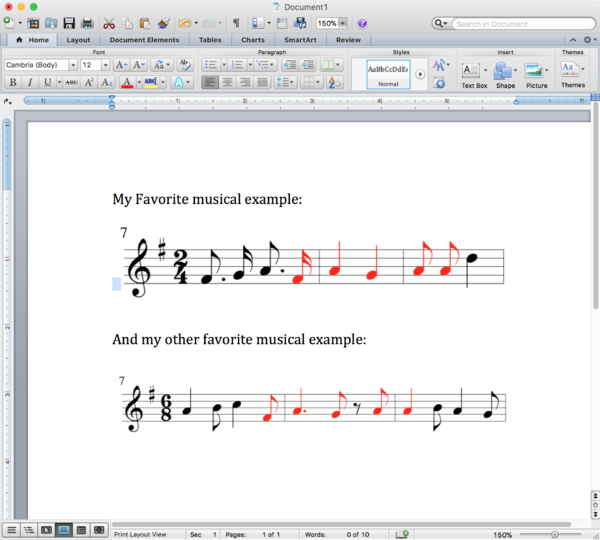 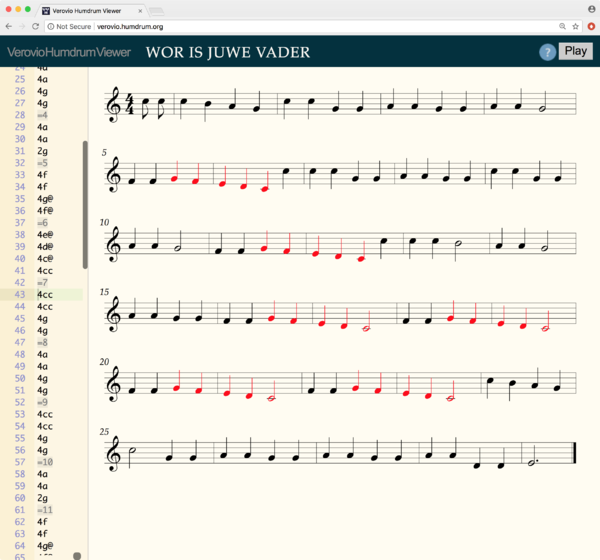 J.S. Bach liked to sign his music musically. Search the Bach chorale data set for the Melodic pattern B-A-C-H. These are German pitch names, which in English are B♭-A-C-B♮

Then search for the pitch sequence, which occurs 8 times in the chorales, always in the tenor part (second spine):

The msearch filter can also search by melodic pitch name: 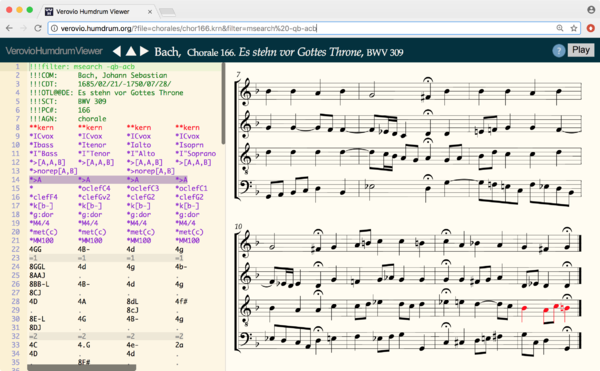 Links to the works with B-A-C-H highlighted in VHV:

What about cases where the B-A-C-H motive could be transposed? The transposable version of the motive occurs 22 times. Here is an example of searching by 12-tone (MIDI note) interval which is "-1 3 -1" for the motive. Also the --loc2 option only marks the start of the match (not the end), and the -B option on theloc shows the bar number (prefixed by an "=" sign, and -N suppresses the enumerated note position):