His career changed direction in 1979, when he developed focal dystonia, a neurological condition associated in musicians with repetitive physical stress. He cut back on his performance schedule and took a teaching position at Curtis. His new specialization in works for the left hand alone prompted the composition of several news works. Notable among them were Ned Rorem's Piano Concerto No. 4 (Philadelphia Academy of Music, 1993) and, with Leon Fleischer, William Bolcom's Concerto for Two Left Hands (1996). Graffman's Curtis students have included Lang Lang and Yuja Wang. In 1986 he was named director of the Institute, a post he held until 2006. He continues to teach at Curtis.

Despite the encroachment of physical limitations, Alice Herz-Sommer continued to play the piano several hours a day at her apartment in London until very shortly before her death. As related in several studies of her abilities, she credited the music of specific composers (among them Beethoven ad Chopin) with enabling her to survive the many losses in her life and to imbue her with a positive outlook even in the worst of times. 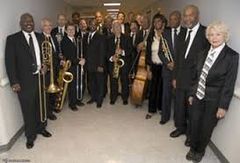 The Brazilian cellist Aldo Parisot (1918-2018) arrived in the US in 1946 to study at Yale University, where he studied chamber music with several teachers and music theory with Paul Hindemith. He joined the Yale music faculty on 1958 and remained in his post until a few months before his death (29 December 2018). In this video he performs Bach's first cello suite on his 100th birthday (30 September).

In 1896, when he turned 65, Giuseppe Verdi established a home for retired professional musicians in a spacious period home on the Piazza Buonarroti in Milan. By 1899 it was ready to welcome its first cohort of retirees. The Casa Verdi has numerous practice rooms, concert facilities, and musical instruments. Those who live there enjoy the company of other retired musicians and are at liberty to form their own ensembles. In recent years the Casa has also rented rooms to music students, who entertain the residents and sometimes perform with them.